October 29, 2018 (LifeSiteNews) – We want orthodoxy, the Traditional Latin Mass, and bishops who act like successors of the apostles rather than politicians, a group of young Catholics said in a message released to the world's bishops today.

In a video debuted just two days after the release of the Youth Synod's final document, young Catholics who attended a LifeSiteNews and Voice of the Family conference in Rome earlier this month implored bishops to proclaim the Church's teaching without compromise and let the Church influence the world rather than the world influence the Church. The 18- to 29-year-olds asked Church leaders to support Catholic youth who are trying to live out the Catholic faith. One urged bishops who recognize error and do not call it out – even if it's coming from the Pope – to resign and think about what their responsibilities are.

Some of the things the young Catholics said to the bishops are:

Everyone at the October 18-21 conference — about 50 people altogether — was kept busy with daily Mass in the Extraordinary Form and talks on the Catholic faith, vocations, and the state of the Church from pro-life activists, religious, and historian Professor Roberto de Mattei. The conference culminated with a talk and question and answer session with Cardinal Raymond Burke, all-night Adoration of the Blessed Sacrament – a number of the young people stayed in Adoration all night rather than just through their scheduled shifts – and Sunday Mass with Cardinal Burke.

The purpose of the all-night Adoration vigil was to pray for the Church and her leaders, many of whom were gathered in Rome at the same time for the Youth Synod. Since its very beginning, Catholics were concerned about the synod being used as a vehicle to normalize heterodoxy and undermine Church teaching.

The Synod final document contains a number of vague passages, including one about how youth should be helped to "integrate the sexual dimension more and more into their personality."

The phrase is prefaced by, "In this way we help every young person, no one excluded," raising questions about whether Church leaders are suggesting intrinsically disordered inclinations ought to be made part of people's identities.

Some say the simultaneous translations of the document that the bishops received before voting was inadequate.

According to Archbishop Charles Chaput, "many bishops were frustrated by the lack of advance translations for important issues they were expected to vote on. As one of the synod fathers argued, it's actually immoral to vote 'yes' on significant issues if you can't even read and reflect on what the text says."

The final document also says it should be read alongside the synod's widely-criticized Instrumentum laboris (IL), or working document. The working document is the first Church document in history to use the ideologically drive phrase "LGBT."

"Moreover, and more sadly," he added, "the IL has little to say about 'the faith' except to hint on numerous occasions that its authors are somewhat embarrassed by Catholic teaching – and not because that teaching has been betrayed by churchmen of various ranks, but because that teaching challenges the world's smug sureties about, and its fanatical commitment to, the sexual revolution in all its expressions."

Editor's note: The credit for this video goes to Brian Limas, who LifeSiteNews would like to thank for his tireless work on it. 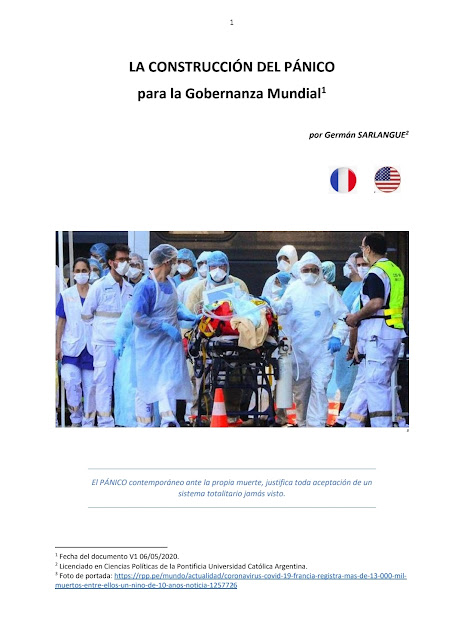